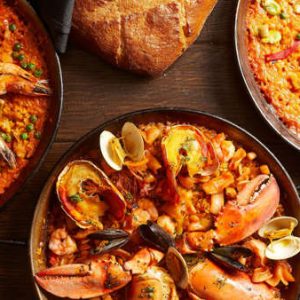 Do you think that sometimes the word “Germany” should be followed by “salty pig’s hand”, and you really don’t want to miss this country full of large pieces of meat when traveling. Pork knuckles, pork chops, Munich sausages, Bavarian roast duck, King Lake roasted salmon, as well as beef burgers the size of a face that is common in Europe, as well as beer at the Oktoberfest, German meat really shouldn’t be too lingering.

In a country full of natural beauty, incredible fresh ingredients are often available everywhere. New Zealand is such a country, but I’ll focus on sharing some of the best parts.

How delicious are the fish raised in the lake water of the millennium glaciers and snow? This can only be known if you have experienced it yourself. The salmon in the downstream farms of Lake Pukaki is world-renowned. Delicious fish aroma, firm fish meat, drooling every time I think about it. In addition to the salmon sashimi of the Pukaki Alpine Salmon Farm, other seafood are also, although the size is not very large, but the emphasis is on deliciousness. This is really like the oil in Dubai, it is a gift of nature, it has nothing to do with which restaurant.

As a place close to the sea, the seafood in Spain is also unforgettable. In Madrid’s San Miguel gourmet market, it starts with paella and squid rice. There is rice in Europe, but it is completely different from China. It is thick and raw, but the flavor of the stew is very special. Sea urchin rice and sangria fruit wine One of Spain’s special “drinks” is Sangria – sangria fruit wine. Mix a piece of wine, rum, brandy, soda, seasonal fruits, etc.

Raw ham is a specialty of Spain, and there are many ham shops on the streets of Spain. The ham shop can be said to be a landscape of the old streets of Madrid: the small shop is full of hams dripping with oil, and a “small umbrella” is inserted upside down at the bottom of each ham to hold the oil. It is difficult for tourists to consume such a large ham in a roadside ham shop. Of course, you can eat small pieces of ham in various ways, such as ham pizza~

The ham pizza in the San Anton market is very common in Spain, and a snack in almost every bar is TAPAS – a piece of meat on a piece of bread, and most of them are all kinds of seafood and fish. Food is the quintessence of Spain. The characteristic is that one bite can make people gain weight unconsciously.

In addition, Spain also has well-known delicacies such as ham, roast suckling pig, and chocolate fritters.

Creamed shrimp and egg yolk crab may be the seafood eating method that can be found in Southeast Asian islands. After eating large pieces of shrimp and crab meat, bibimbap with cream and egg yolk, people who love meat will never get tired of it.

Sabah Net Red Big Eggplant Seafood Restaurant’s white coffee in the old Malay street, people who love sweet coffee love it! ! Every sunny afternoon, sitting in the old town on the corner with a cup of iced white coffee, the whole afternoon trip is full of energy.

The French food that impresses me the most is the simple baguette! The baguette on the street, with a piece of beef or chicken and vegetables, is basically the “standard” for lunch. But no matter which one sells the baguettes, they are delicious! French baguettes are fragrant! The meat in it is as delicious as the steak in a western restaurant!

Traveling in Europe, have a traditional continental breakfast that is as hearty as a breakfast in Cantonese, China. Bread, butter, coffee, juice, fruit, dessert, etc. are all standard. The variety of cheeses, smoked fish, and prosciutto is the most luxurious and memorable part. When the itinerary is very full on a certain day, you might as well have a traditional continental breakfast, and you will not be hungry until noon~

There is an important food “specialty” in European countries, that is, Amorino “Little Angel” ice cream. Watching the clerk patiently place scoops after scoops of ice cream into petals on the waffle cone is one of the most important experiences in this ice cream shop. (You can ask for different flavors for each scoop, so the ice cream becomes a colorful flower~) 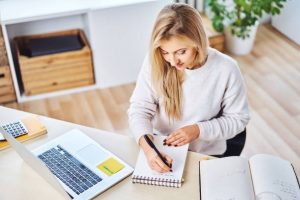 Previous post In 2022, are you still anxious about emotional intelligence? 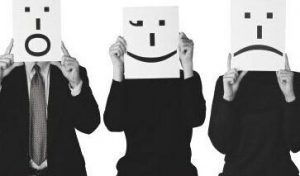 Next post 3 Tips to Improve Your Emotional Intelligence Fastest

Mary Smith
January 17, 2023January 29, 2023
Buying something new for your home can be expensive. Fortunately, the thrift store has a plethora of budget friendly finds....
Mary Smith
December 27, 2022December 30, 2022
A chandelier is a large round frame hanging from the ceiling. It is designed to hang in a formal entryway,...
Mary Smith
October 8, 2022January 10, 2023
Introduction Introduction:You're about to start your day and all of a sudden, you realize that you don't have anything to...
Mary Smith
January 11, 2022April 11, 2022
Egypt is one of the four ancient civilizations with the longest history. It has rich historical relics and colorful food...
Mary Smith
January 6, 2021April 11, 2022
If your gut is unhealthy, your skin must not be beautiful. Either it's dull, it's sagging, it's fine lines, or...